By Editorial
Ibercampus
Linkedin
Twitter
Facebook
Email
Imprimir
WhatsApp
The European Trade Union Confederation (ETUC) is calling for paid sick leave for all workers across Europe as the coronavirus exposes the danger to public health posed by the cuts made to sick pay by member states. ETUC General Secretary Luca Visentini said: "The coronavirus outbreak has shown how workers´ rights like decent sick pay is not only important to individuals but everyone around them". 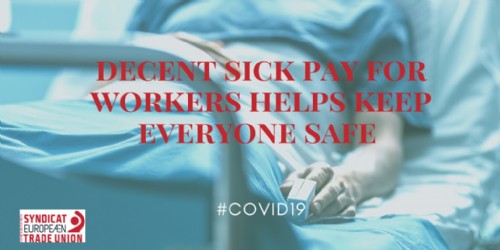 Twenty-two member states spent less per person on sickness benefits in the five years following the financial crisis compared to the five year prior to the crisis.

For example, reforms in Hungary led to a halving in the number of people benefiting from sick pay between 2005 and 2013, with the number of sick days taken reduced by 17 million over that period. 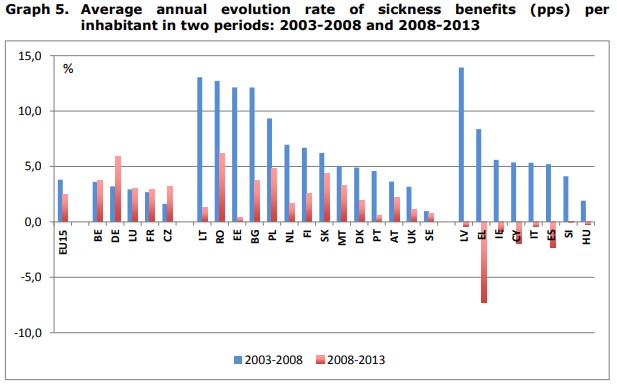 The cuts to sick pay across Europe means more people go to work when they are ill because they can’t afford to take lose income or risk losing their job.

That presents a risk to public health, particularly in the context of the coronavirus outbreak.

The ETUC’s executive has adopted a resolution calling on the European Commission and national governments to ensure:

The ETUC’s full resolution on coronavirus can be read here.

“The coronavirus outbreak has shown how workers’ rights like decent sick pay is not only important to individuals but everyone around them.

“Millions of workers have lost out sick pay since the financial crisis, which is forcing them to go to work when they’re ill.

“It shouldn’t have taken a global pandemic to show that’s a bad idea, but the EU and member states now need to ensure that all workers have the right to paid sick leave and free health care.

“Healthcare workers on the frontline of dealing with this crisis, in Italy and elsewhere, deserve our respect and solidarity. Staff shortages urgently need to be tackled.

“Workers who lose their job or earnings must receive financial support and there is no way workers should pay twice for this crisis through more austerity.

“The EU needs to relax its fiscal rules on member states and ensure its emergency fund is made up of new money rather robbing Europe’s poorest communities by redirecting cohesion funding.”